Game Details
Robots Stories
In a not-too-distant future, robots have completely replaced humans in a whole range of tasks.

Loading..
However, like any other technology — robots tend to break down and malfunction. Some suffer from technical breakdowns like rust and wear, while others experience software errors leading to intelligent glitches and crazy behaviour.

But if the robots’ operating system fails or viruses get in after an unsafe connection to a charger, things get even more dramatic.

The defective robots are sent off to the largest robo-dump in the country on the outskirts of a big city. Over time, as the number of exiles increased, the robots started banding together and creating their own communities. The different specializations of the robots allowed them to repair each other and build simple hideouts. What was recently just junk started banding together for raids on the city in search of useful parts or an extra can of METAL beer.

Constant attacks from the robots eventually annoyed the residents of the city and the people moved to safer places, leaving the city to the robot gangs and clans. 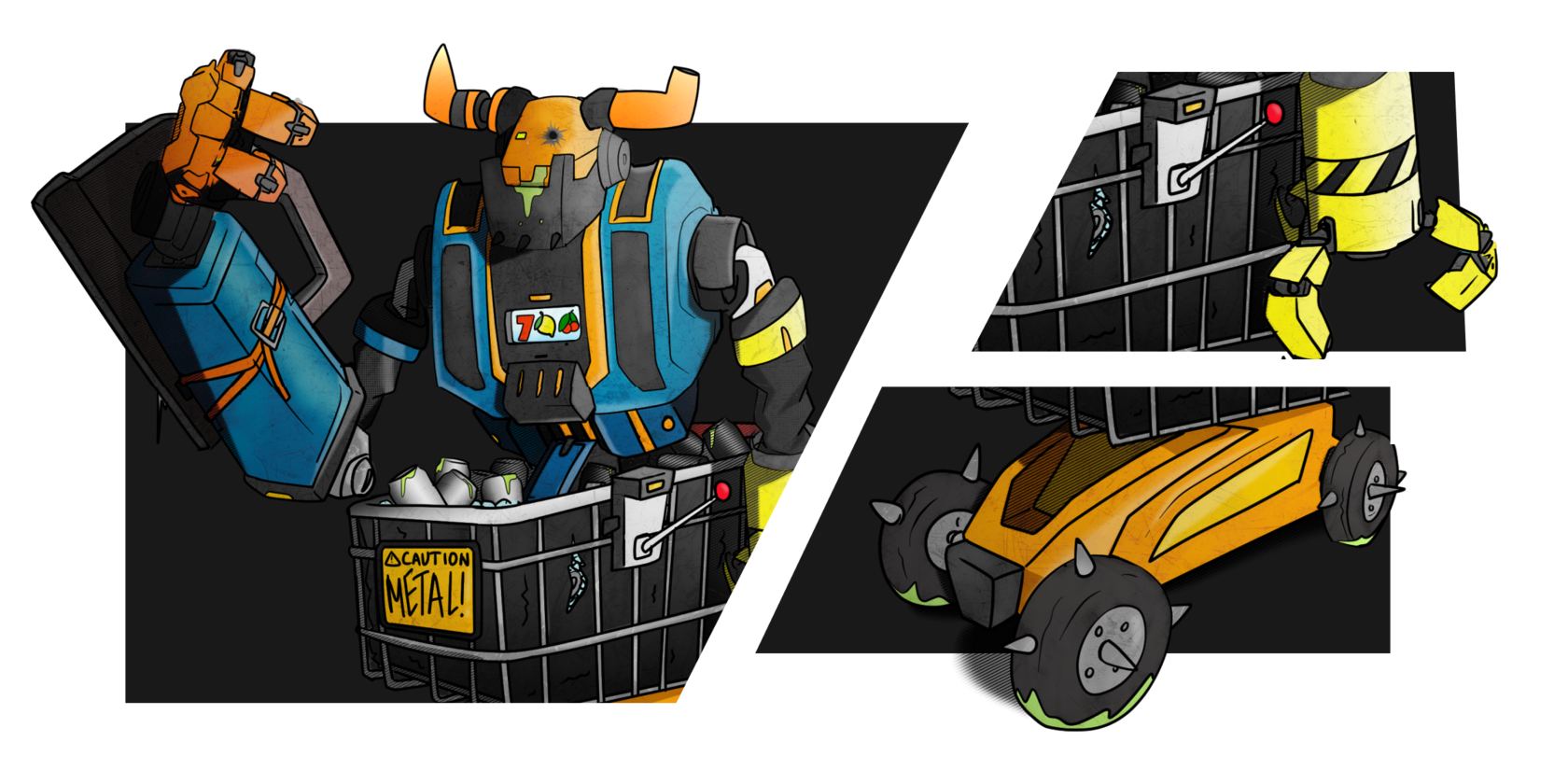 Every day is the same for the drunken buckets of bolts as they hang out at bars before raiding neighboring cities, looking for a fight and robbing banks and shops.

A cardboard box from a refrigerator or an abandoned bus is all the housing the robots ever need to store their stockpiles of stolen junk and recharge their batteries as a longer-lasting alternative to the endless consumption of METAL.
The robots managed to completely take over the abandoned city, which is now known as Los Machines. Now it’s time to start fighting each other and figure out which is the scariest mob ever.
All the robots ever need now is METAL – the local brew that gives them the energy they need to continue dishing out the punishment and keep their rattling party going on and on! 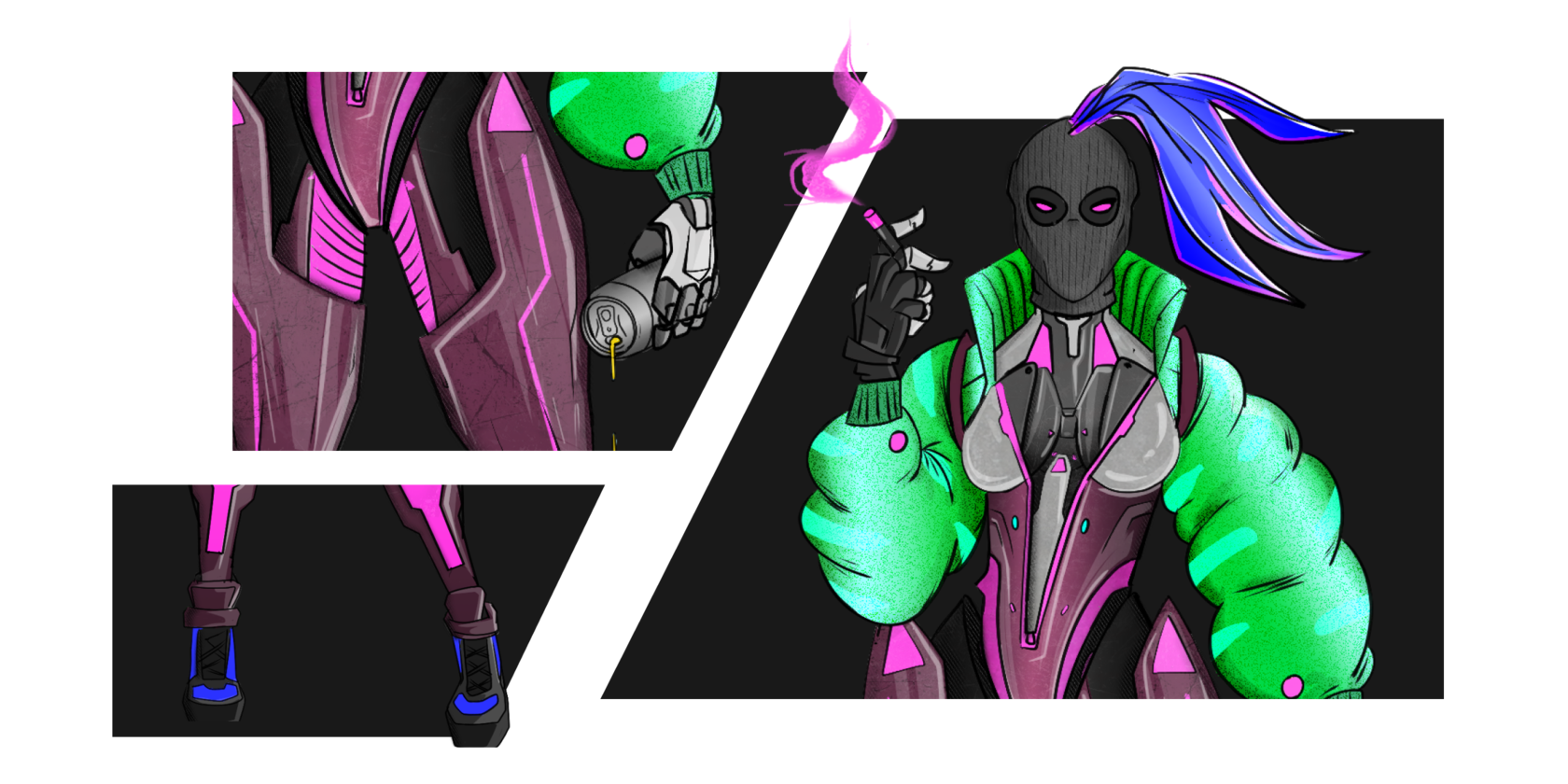 Los Machines is fractured between various gangs that fight each other to take control of more territories. The largest gangs have divided the city into several major districts and milk them for tribute in METAL. But new gangs are constantly appearing in the city. The young mobs are ready to challenge the criminal heavyweights and reduce their influence. 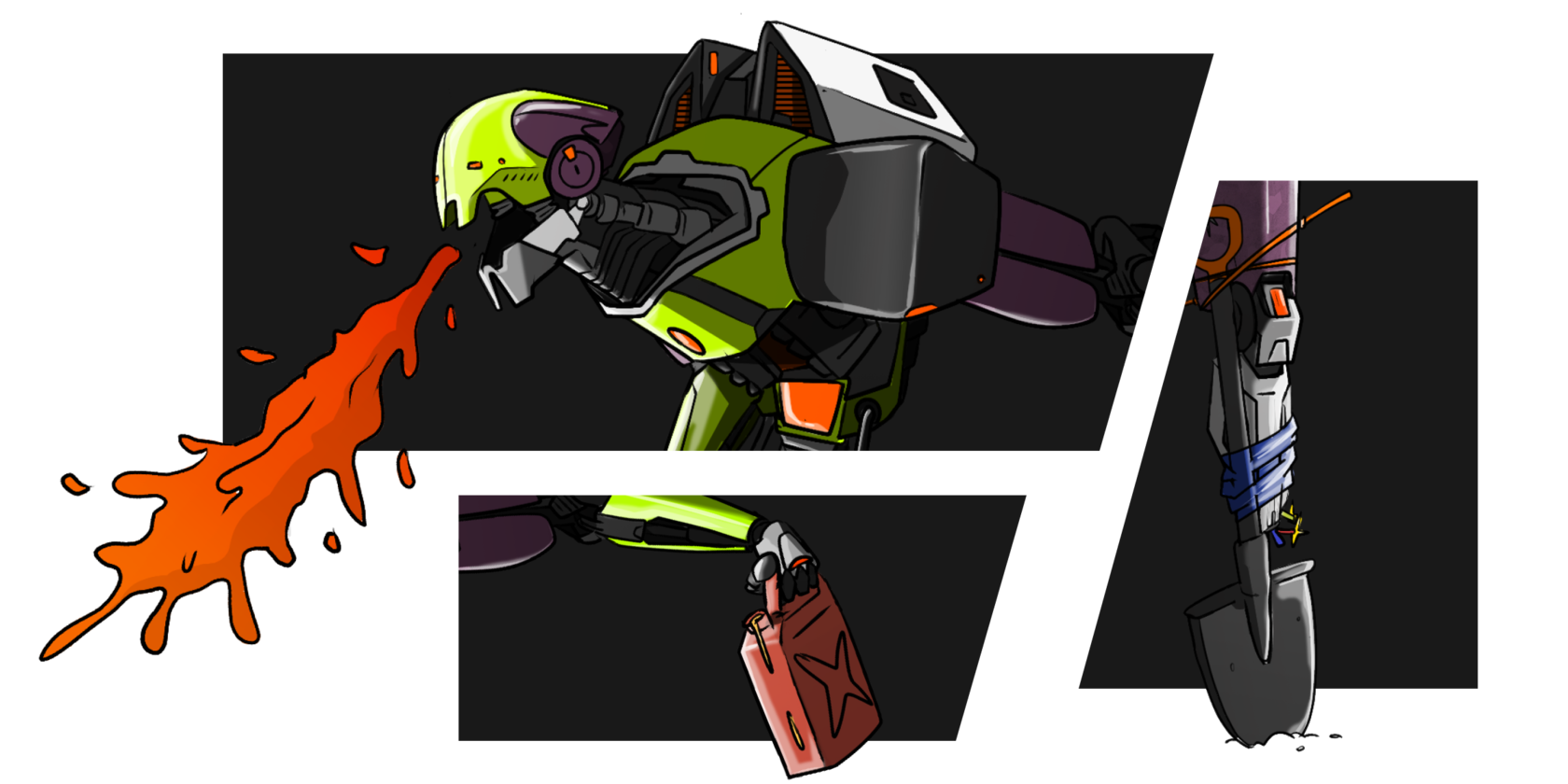 The local black market is offering up anything from weapons and rags to discarded legendary guns.

All in all, life is in full swing in Los Machines, even if there are no living creatures. 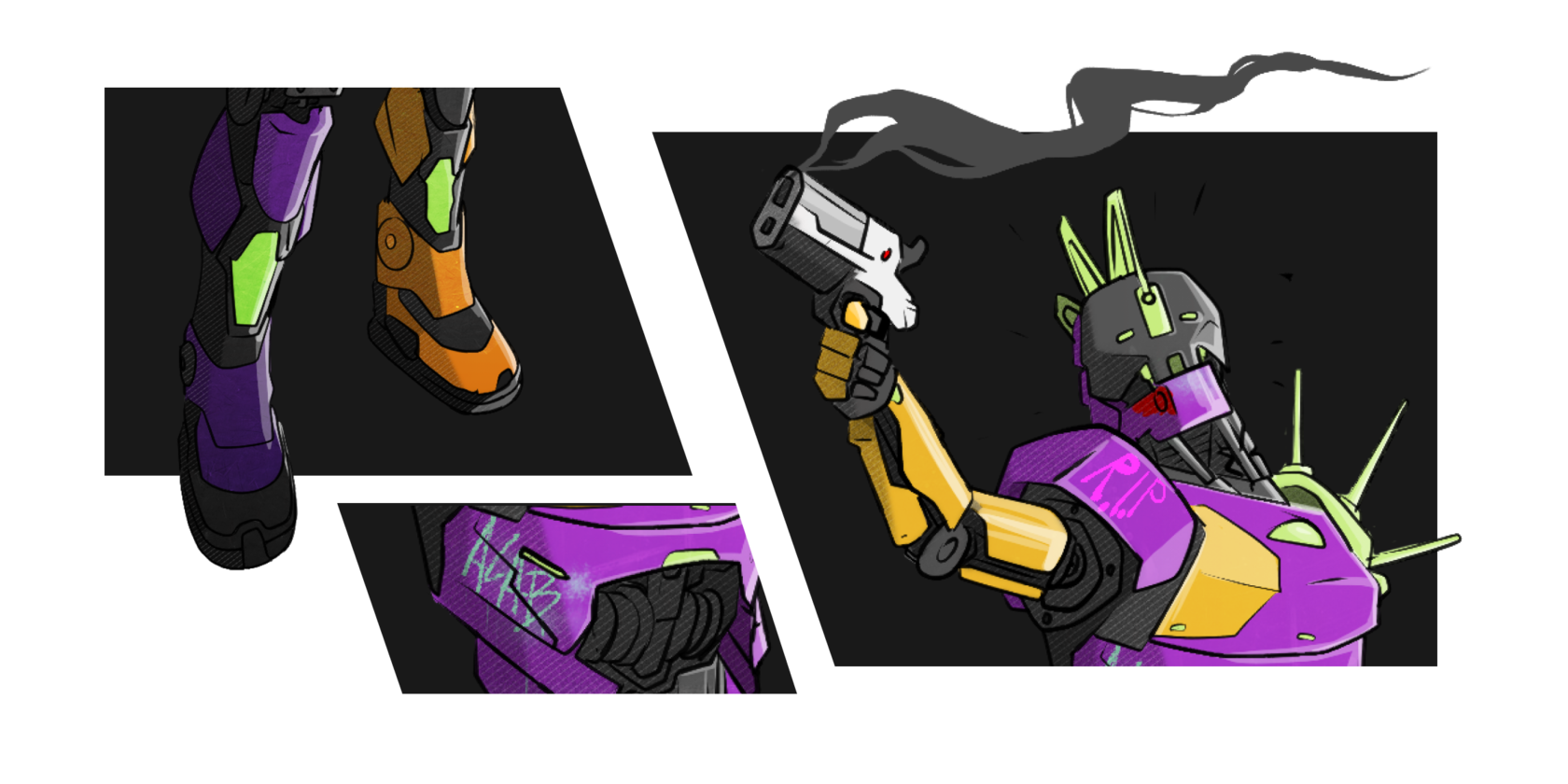 Now the fate of the city is completely in the hands of the players, so let's see what happens to it in a couple of months
Los Machines
At the very beginning, the robo-dump itself was not as hostile as it is now.

Loading..
To build the first version of the community, robots had to be united as a giant mechanism. Their specializations were helpful for each other — someone could build better, someone could defend better. Thanks to AI — our metal friends were able to build something very similar to a primitive society. And as each society, this group had its own leaders. Five strongest and smartest robots now known as The Rusty Five. All of them were the best in their field, and together they built the first civilization of Big Dump.

The oldest robots tell that there was no group that was even close to Five. They looked like they were created to work together — so well-coordinated their work was on the arrangement of the dump.
That was one of the biggest robberies of the Five. They took away a huge container filled with METAL cans from the freight train which route was too close to Los Machines. There was so much beer, they could drink it non-stop for a year. They were celebrating it as always playing “Who will drink more?”. Usually this game ends with everyone lying around with total black out.

They were sitting near the fire and discussing who was the coolest on this heist. Their base, usually surrounded by a bunch of guards, was quiet as never, the only voices were coming from them, but no one noticed it because the robots were too drunk.

“Did you see how I shot this…” — Knockout started his story but he didn’t finish — a homemade taser arrow hit his head and he was… knocked out.

Everyone went crazy — who the f*ck could attack them in their nest!

Jane tried to stand up, but she was so drunk that her eye sensors were glitching. Once she focused and saw Bob. He was trying to reboot Knockout but then a few shurikens hit his leg and literally cut it off.

Tommy noticed a small shadow in the darkest part of the base and without hesitation threw a burning tire there. Shadow was moving as fast as the light. One moment Tomm was completely stunned and immobilized.

Jane understood that she was the only one combat-ready robot left in the room. She grabbed the shotgun and aimed at the shadow and… BOOM. Shot fired. “MY EYE!” — Tommy screamed. Jane was so dumbfounded by Tommy’s scream that she was distracted for a second. And this second was enough for shadow to take the shotgun from her hands.

But that night was not so lucky for the mysterious striker as it may seem at first sight. Molly wasn’t drinking with the team since he had some software issues — he was updating himself in a workshop. When he noticed weird sounds from the campfire he went to check it and met the invader. With a dexterous movement, he threw an iron lasso over it and packed it in a box

“Wtf, how much METAL I drank yesterday? Sensors are still lagging” — Bob opened his eyes. Then he remembered what happened yesterday. He saw Knockout trying to fix Jane, and Tommy together with Molly holding a big chained box. It was moving even under Tommy’s weight.